The Haze, Yet Again 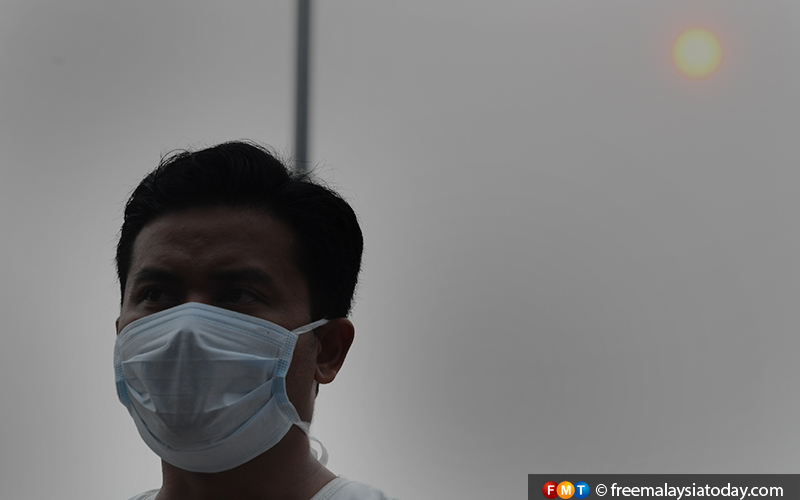 The Haze, Yet Again

FORWARD-THINKING: We have to be more proactive in our responses

FOR the more discerning citizens of Asean who have been following the recurring transboundary haze pollution, 2015 was earlier being closely watched “with hope and trepidation”. “With hope” was because Indonesia finally ratified the Asean Agreement on Transboundary Haze Pollution (ATHP), after 13 years, and the region may finally see a “breakthrough in solving the problem”. The purpose of the ATHP is to gather information and gain a better understanding of what actions member-states should take to mitigate the problem. After all, the Convention on Long-Range Transboundary Air Pollution (LRTAP) of 1983 in Europe is one good example on how transboundary pollution has been successfully tackled. Hence, there is no reason why Asean cannot emulate the success in Europe.

But, there was a feeling of “trepidation” because ATHP is reportedly weakened by mechanisms that support the non-intervention norm or “Asean Way”. Assistance, for example, can only be given on mutual consent and subject to direction of the recipient state. Furthermore, ATHP contains weak “non-intrusive” parameters ranging from requesting and receiving assistance, monitoring, reporting, exchanging information and conducting research, to absence of enforcement and liability provisions. (But please note both ATHP and LRTAP are similar -both impose few concrete obligations on the parties and are drafted to allow for interpretation).

However, critics have continued to question the effectiveness of ATHP partly because the earlier Plans, Resolution or Accord, beautifully crafted from as early as 1990s by Asean for Asean to take action, did not manage to stop the transboundary pollution. Why has it been so difficult to put a stop?

That the problem is linked to land use, land tenure and economic development in Indonesia has long been recognised. Large actors or companies involved in logging activities and pulp and paper plantations often see palm oil as another opportunity to continue the business of land clearing and start the industrial tree plantations. Small-scale cultivators or local communities welcome the palm oil plantations with the hope of getting more jobs and generating higher income as smallholders.

Let’s recap. Slash-and-burn, to aid soil health and control pests and diseases, has been practised by Indonesian farmers for hundreds of years. But, earlier fires were smaller in area and spread out over time. With the fires of the 1980s, the health and economic implications of the haze problem then were not properly appreciated. But, from the 1990s until today, 9.0 per cent of the resulting transboundary haze is associated with peatland fires.

Asean has about 25 million hectares of peatland or 60 per cent of global tropical peatland resource, of which 70 per cent are found in Indonesia. A thickness ranging from 0.5 metres to 10 metres and consisting of non-fully decomposed soil, peatland fires are the most difficult to suppress, and burning often continues underground. The smoke is high in carbon content, thereby increasing the level of greenhouse gas emissions and exacerbating climate change.

While measures are being proposed at the Asean level, below are some of the perspectives raised during the uncountable hours of discussions and in the heaps of writings as well as steps needed in moving forward:

Legal Perspective: International law holds that a state is responsible for transboundary harm that results from activities on its territory, carried out by the state or within its control. The 1941 Trail

Smelter case, where Canada was held liable for damage done to American crops due to pollution from a smelting operation, has often been quoted. However, there are difficulties in applying the Trail Smelter case, and it is unlikely that any of the Asean member-states will impose state responsibility on Indonesia.

Indonesia’s own anti-burning law does exist and the penalties are not inconsequential. However, in addition to lack of enforcement because of Indonesia’s relative poverty and legal shortcomings, Indonesia also faces huge challenges with the decentralised democratic system.

Singapore’s Transboundary Air Pollution Act (TAPA) of 2014, where fines can be imposed on any local or foreign company responsible for haze pollution in Singapore, can only function with strong cooperation from Indonesia. Hence, the ratification of ATHP by Indonesia was seen as being crucial.

Calls for Malaysia to take a similar approach must be seriously studied because of the implications, amongst others, of extraterritorial reach, which is often regarded as an infringement of a state’s national sovereignty. Instead of being reactive, such as the case for TAPA, a more pre-emptive regulatory regime resulting in proactive measures being taken may be preferred.

Economic Perspective: Burning is cheap, quick and efficient. But, the health, economic and diplomatic impacts of the haze, as well as loss of biodiversity and agriculture productivity, destruction of natural and cultural capitals, disturbance of the natural hydrological cycles/microclimate, and consequences of traditional livelihoods can be huge. The cost of the 1997-1998 fires amounted to US$4.5 billion to US$9.3 billion depending on the sources taken.

One framework recommended by one Asean scholar was the stakeholders’ approach to cost-sharing, and he argued that the cost of an effective fire prevention and control programme in Indonesia should be shared among the various stakeholders and other interested institutions both inside and outside the region. Interestingly, sharing the burden of costs associated with the development and implementation of an effective land fire prevention and control was analysed, and Malaysia’s and Singapore’s efforts were used as case studies.

Moving forward, efforts by Malaysia (in Riau) and Singapore (in Jambi) must be re-examined so as to address the gaps and get full participation of the target groups, such as the smallholders and the large actors in future initiatives. Non-involvement was then associated to trust deficiency, and involvement was perceived to reflect guilt.

Scientific Perspective: It is difficult to predict how long the haze will remain or the intensity. Many of the variables depend on the number of “hotspots” -burning activities resulting in haze. A top climatologist indicated that the El Nino-Southern Oscillation Phenomenon or ENSO (El Nino is associated with a “dry phase”) is more felt in Sumatra and Kalimantan, and will be prolonged until November 2015. Will the haze then pollute yet again until this period?

Since ENSO itself is a predictable event, the information is relevant in mitigating the risk of fires and recurrence of haze. Moving forward, research is crucial to study, for example, how ENSO, interacting with anthropogenic climate change, may change future drought characteristics.

Science mediators have a role to translate in non-scientific language and communicate the information effectively. The public is more savvy and critical, and the social media is a powerful tool, and hence timely information will facilitate better understanding and decision-making. The reactive mode and flurry of explanations on the differences in Air Pollution readings recently were perceived not to reflect transparency and credibility.

A final point to be highlighted is the element of trust. Warren Buffet once said “Trust is like the air we breathe; when it is present nobody notices. But, when it is absent, everybody notices”. Trust, according to a prominent Malaysian medical practitioner, allows us to function in times of uncertainty and there is a need to build that pool of trust. We, the citizens of Asean, must think in values term and put the values to work to achieve the Asean dreams.